You see some people handle uncomfortable conversations like a pro. They seem to have some magic touch – that you don’t.

It’s almost like a Teflon coating; nothing ever sticks on them. They come out unscathed, no matter how tough the conversation gets.

After all, it’s not much fun getting mowed down, and being a push-over in conversations. Feeling helpless, swallowing down your views, never being able to get a word out – nobody wants to be in those shoes.

You want to have equal stakes in a conversation, to be heard and understood. You want to let people know that you have ideas too and they are worth something as well.

But you have given up all hope of ever being like that.

You try giving hints and use sarcasm and jabs to get your point through. But even that doesn’t work. You wonder if the other person is really that dense to not pick up such a blatant signal.

Even the thought of stating what you want directly makes you anxious. To counter that, you have convinced yourself to become more “flexible” and “go with the flow”.

After all, you’re not an assertive sort of person. Right?

Do you Know Your Communication Style?

Let’s find out what sort of person you are. There are 4 dominant communication styles – ways how people deal with other people.

Let me elaborate, so you can find the closest match…

The Doormat Style (a.k.a Passive Communication)

Do you often find yourself keeping your head down and avoiding conflict?

Then you follow the passive style of communication. This is not a fun zone to be in.

The dwellers in this zone are the “flexible” ones, who consistently “go with the flow” and give in to other’s requests and demands. They are too scared to upset the apple-cart, even if their own needs and wants remain unmet.

They are the ones who feel they have no control over their life.

The In-Your-Face Style (a.k.a Aggressive Communication) 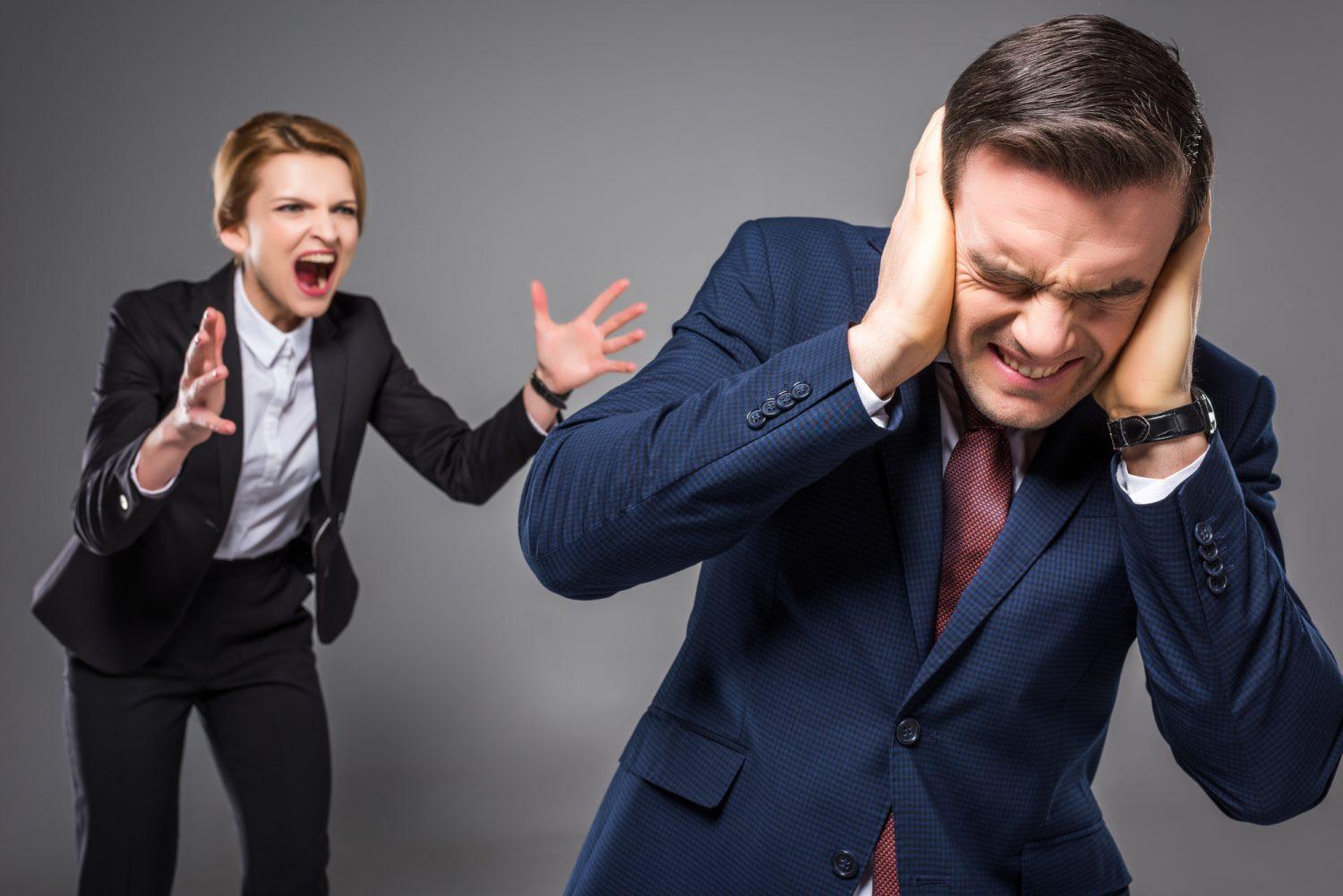 Do an about-turn from the doormat style and you are in the realm of aggressive style of communication.

For the aggressives, it’s their way or the highway. They want to exert their will, and get compliance – other’s needs and wants to be damned.

They have a desperate need to exert control, not only on their own life but on other’s lives as well. And they are ready to sacrifice all relations to the altar of that need.

People avoid them like a plague and loathe to deal with them, even when it’s necessary. Is it of any surprise that they end up being lonely and depressed?

The Underhanded Style (a.k.a Passive-Aggressive Communication)

Then there is the insidious passive-aggressive style. The users of this style want to have their way, but don’t want to pay the cost.

A direct confrontation, being vulnerable, and stating their needs is too uncomfortable for them. So they play games. They gossip behind your back, use sarcastic jabs, “forget” a task, or do it poorly.

They want you to be like the onion-peeler. They expect you to be the one doing mental gymnastics, peeling away the outer layers of their hurtful “jokes” and insincere compliments, and reach the source of their frustrations to solve them.

The problem is…it hardly ever works.

Life feels tiring for the passive-aggressives. They think that they are doomed to walk that tight rope and do that infernal dance throughout their life to get their needs met.

They follow all their supposed rules and still end up getting disliked, or avoided.

One Style to Rule them All (a.k.a Assertive Communication) 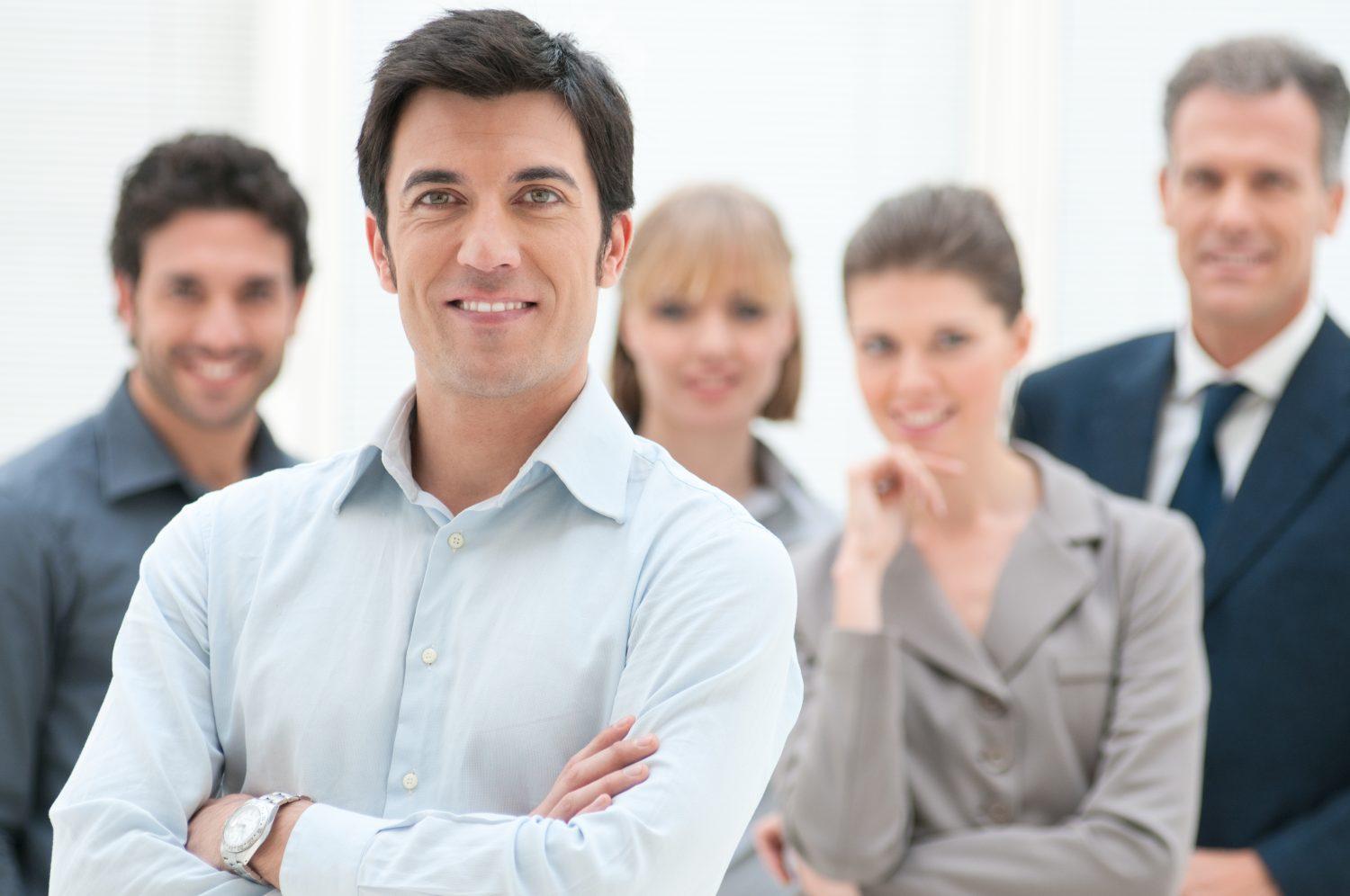 And finally, there’s the holy grail of assertive communication; the middle ground between being timid and aggressive.

It’s based on balance – of being honest and forthright about your wants and needs, while still respecting the rights, needs, and wants of others.

Practitioners of assertive communication are self-assured. They can get their point across firmly, fairly and with empathy. They ask for what they want and say no to what they don’t want.

But how do you achieve that balance?

Assertiveness is much more than a communication style. It’s a way of life – living according to our values, not someone else’s.

If you practice this style, you rock! If not, read along.

Can Assertive Communication Give you an Edge in Uncomfortable Conversations?

Assertive communication almost feels like a superpower. It gives you that Teflon-like coating, letting you come out unscathed from uncomfortable conversations. It makes you impervious to fear, resentment, and anger.

And the best part?

It’s not in your genes. It’s a skill that you can practice and learn. It’s an internal rewiring of your belief system, that makes you recognize your right and still respect the rights of others.

And I’m just getting started with the benefits. As Nick Wignall also agrees, here are the bonus you’ll get from the assertive communication expansion pack:

Whether you’re stuffing everything down, venting them out in a word vomit, or playing games, each of them takes a lot of mental gymnastics.

Instead, revert back to open, expressive, and respectful communication. You will become much more efficient and relaxed. 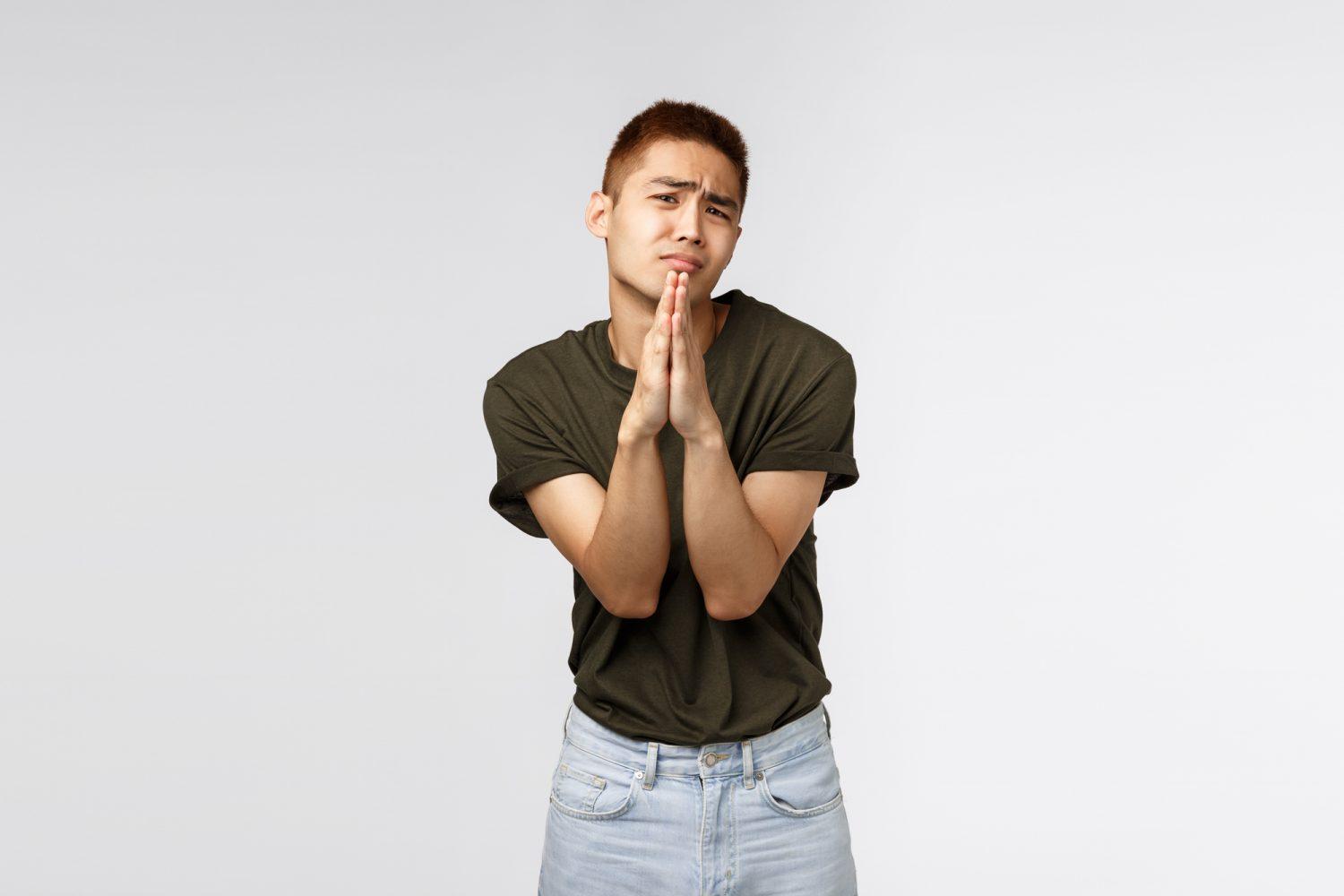 When you regularly state your needs and wants, you’ll be less afraid of the disapproval of others. You’ll realize that the anxiety was all in your mind – it’s rarely as bad as you think.

You’ll be able to tone down your social anxiety and need for approval. You’ll become decidedly less clingy.

Nothing gives more boost to your self-esteem.

Whether you remain passive or go gung-ho, it always leaves a bad taste in your mouth. You are either disappointed in yourself for not speaking out, or you’re ashamed of your behavior.

And humans – the lovely creatures that we are – project their own bitterness at others, building up frustration and resentment.

Assertive communication makes that poison of hate go away.

And here’s the big secret…

These benefits fortify you surreptitiously like a medic boosting your warrior in World of Warcraft. You show up in a conversation relaxed and brimming with confidence. You are not worried about the consequences, and you hold respect for your opponent.

With all that armor protecting you, is it any wonder that you will receive 0 HP damage in uncomfortable conversations?

Apart from the benefits, you can also morph your assertiveness skill into tools for tackling uncomfortable conversations. Read along to see what’s on the cards: 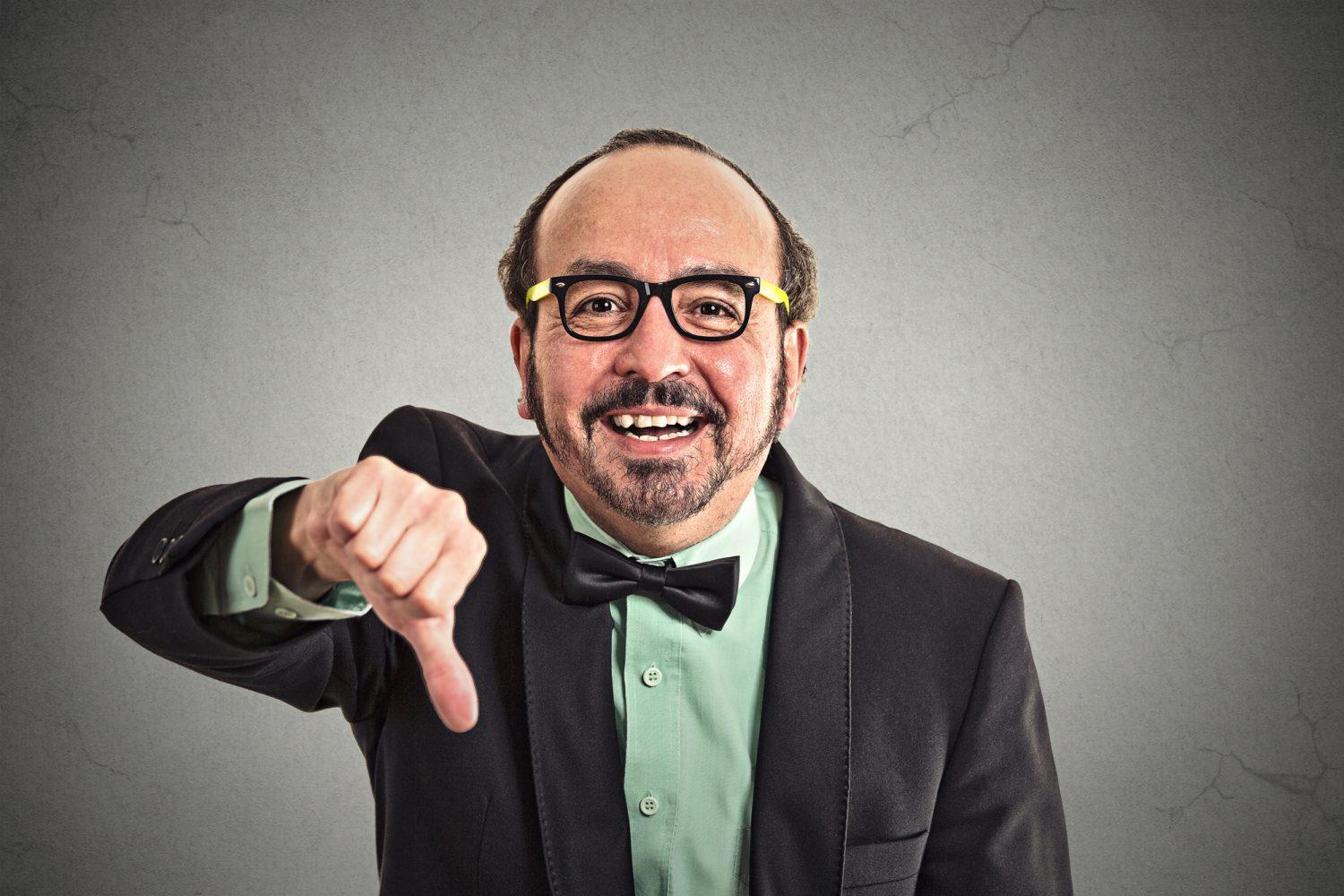 If you’re doing something worth a damn, your critics will be waiting. It’s almost like a right of passage.

So what to do while facing a volley of scathing attacks?

Adam Sicinski advises to stay calm and open-minded. He also suggests to show respect for your critics and search for the logic behind their argument.

No point in getting emotionally riled up about the criticism. Inspect the words for what they are, not for the emotions they are designed to invoke. Do this and you’ll stumble upon a nugget of truth.

Congratulations! You’ve employed your critic as your personal improvement coach! Now they have given you a valuable perspective, a point-of-view that you had not considered and you didn’t even have to pay for it! Brilliant!

Priority Lane for Your Opinions

Let’s say, you want to express an unpopular opinion; something that goes against the grain of the accepted rhetoric.

Can’t imagine a scenario? Try posting something liberal-ish in your family WhatsApp group. Go on – I dare you!

So what’s the solution?

You need two guides to traverse this landmine riddled landscape – thought and consideration. Keep an open mind and acknowledge other’s beliefs, values, and opinions; they come from their unique life experiences and perspectives.

Use “I” statements to make a point. It signals that it is your perspective and not an irrefutable fact. People are more open to suggestions than they are to other’s truths.

And don’t use your opinion as a sapper’s spade to undermine other people’s views. Seriously, don’t.

Not enough? Want to be more persuasive?

Then acknowledge the other person’s perspective and opinion. Show them that you understand where they’re coming from and make them your ally. Only then share your own view and ideas.

Treat others the way you want to be treated. People reciprocate what they receive. Do this and you’ll be able to get your point across without burning any bridges.

Safe Passage for Your Disapproval

Now the hardest part – stating your disapproval of something or someone’s behavior.

I can almost hear you thinking…I would rather curl up and die.

It’s damn uncomfortable. Stuffing it all down seems easier at that moment because you only realize the cost later.

It all boils down to this…

You can share your disapproval to your heart’s content. Just ensure that you disapprove of the behavior, not the person.

Be clear and accurate about what you disapprove of. Here’s what you need to do: 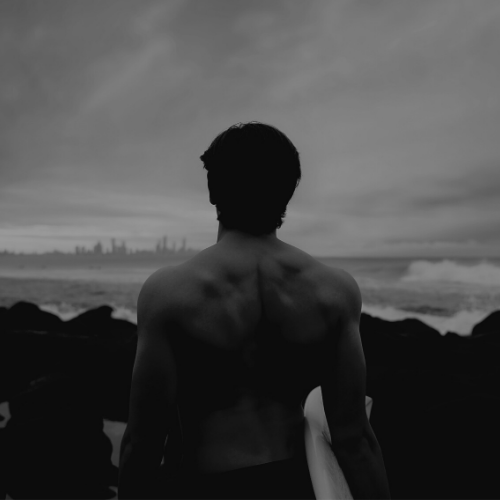 Tired of Being Tongue-tied in Conversations?

Don’t Worry About the Mess

If you have hidden behind passivity or passive aggression for too long, switching gears to assertiveness can be scary. The directness, authenticity, and vulnerability would be a novel experience.

And that’s okay. You’re getting in touch with that nascent part after a long time. It’s bound to feel like the tender skin under a scab.

There can be some mess to clean up as well. You’ve nursed all that resentment for so long, and now that they have found a release, they will cause you judgment lapses.

You may find yourself dialing up your tone a few notches (I would know, I’ve been there). But that’s ok, you’re just learning your ropes. Forgive yourself and seek forgiveness from the transgressed. Make that genuine and everything will be alright.

Remember, with practice, you will get better. 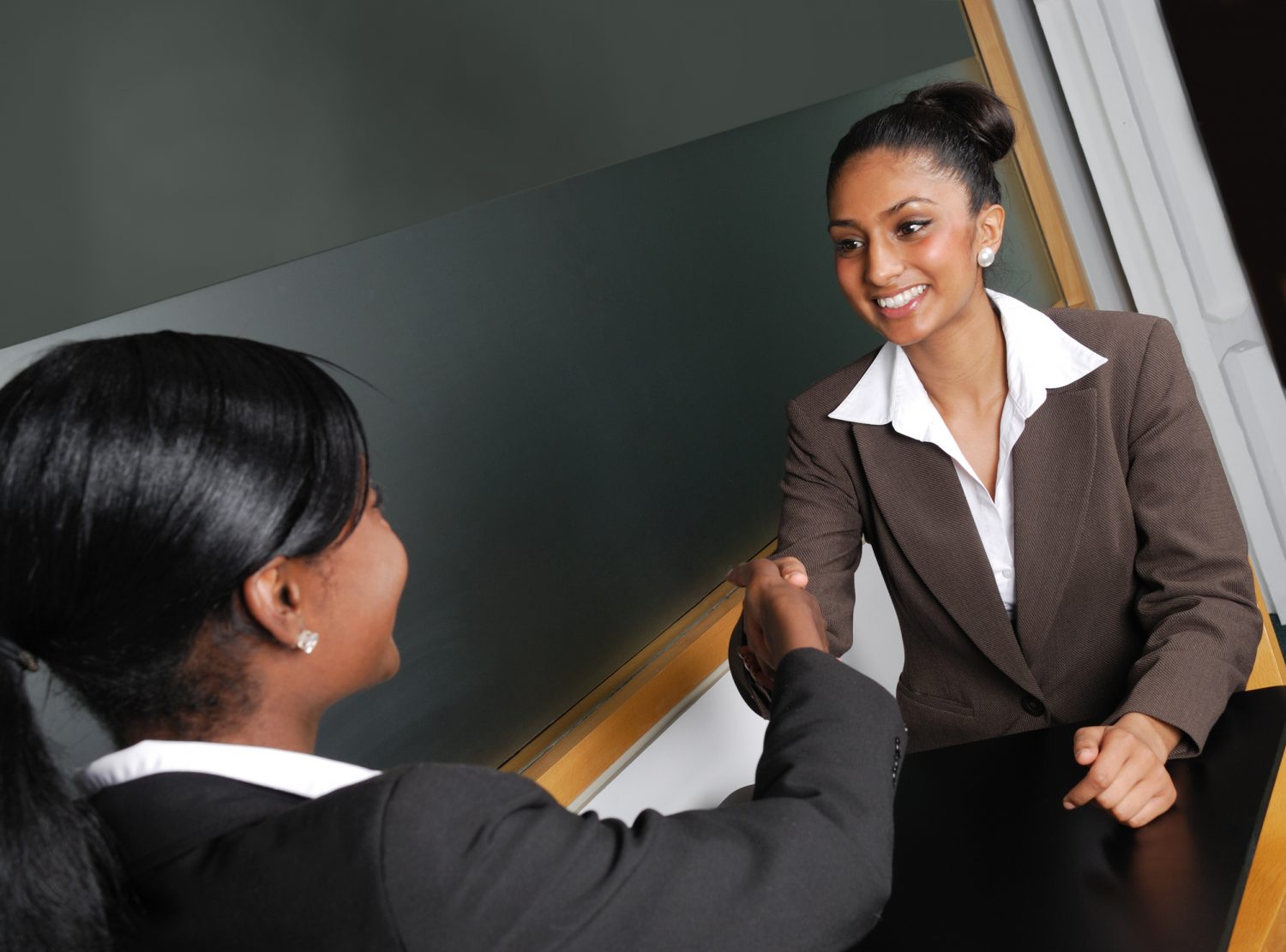 Assertiveness is not a mythical trait that is forever out of your reach.

It’s a skill. Like any other skill, you can practice and achieve it; if you are ready to make the effort.

The enigma of your assertive colleague is no longer a mystery.

Now you know the secrets behind his Teflon like exterior. You know how he navigates through the myriads of emotions and drama in uncomfortable conversations – like a pro surfer surfing the waves.

Of course, this means you no longer have an excuse for being always “flexible”. No more stuffing your ideas down or trying to get your point across via sarcasm.

A confident and assertive persona is within your reach. You just have to put in the works and start owning your space.

So what are you waiting for?

Dive in and see what the future has in store for you.