Imagine that you have a crystal ball.

One that can show you how your current relationship looks like after 10 years.

What will you see?

Will you be still holding hands, completing each other’s sentences?

Or will you be at loggerheads with each other?

Or even worse, will you be living together as two polite roommates, each in their own islands of misery, loneliness, and quiet desperation, unable to connect with each other?

I bet you’d give up a fortune to get your hands on a device like that.

You can still have a glimpse of your future relationship – if you know how emotionally mature your partner is.

Do you want a steady, dependable relationship filled with mutual love and respect?

Then finding an emotionally mature partner is your best bet.

But if your partner is emotionally immature, expect quite a few hard bumps in your road ahead.

They are not Full of Themselves

Emotionally mature people have a secure sense of self. They don’t need to impose themselves in every conversation.

The emotionally immature, on the other hand, are obsessed with themselves.

But there’s a catch…

This obsession is not always like narcissism. It often resembles how someone with chronic pain remains pre-occupied with themselves.

As this article from Exploring Your Mind blog also agrees, emotionally immature people constantly track whether others are meeting their needs. They feel it’s their right to be served.

And they are quick to anger when their needs are not met.

In a conversation, they ensure that everything revolves around them.

How do they do that?

They loop back to their past glories and exploits. If the conversation veers, they try to bring it back onto themselves – others be damned.

But do you know the sad part?

Even though they lavish such attention to themselves, they still remain out-of-touch with themselves.

So they don’t gain any self-understanding or insights. They are doomed to repeat their failings of the past. 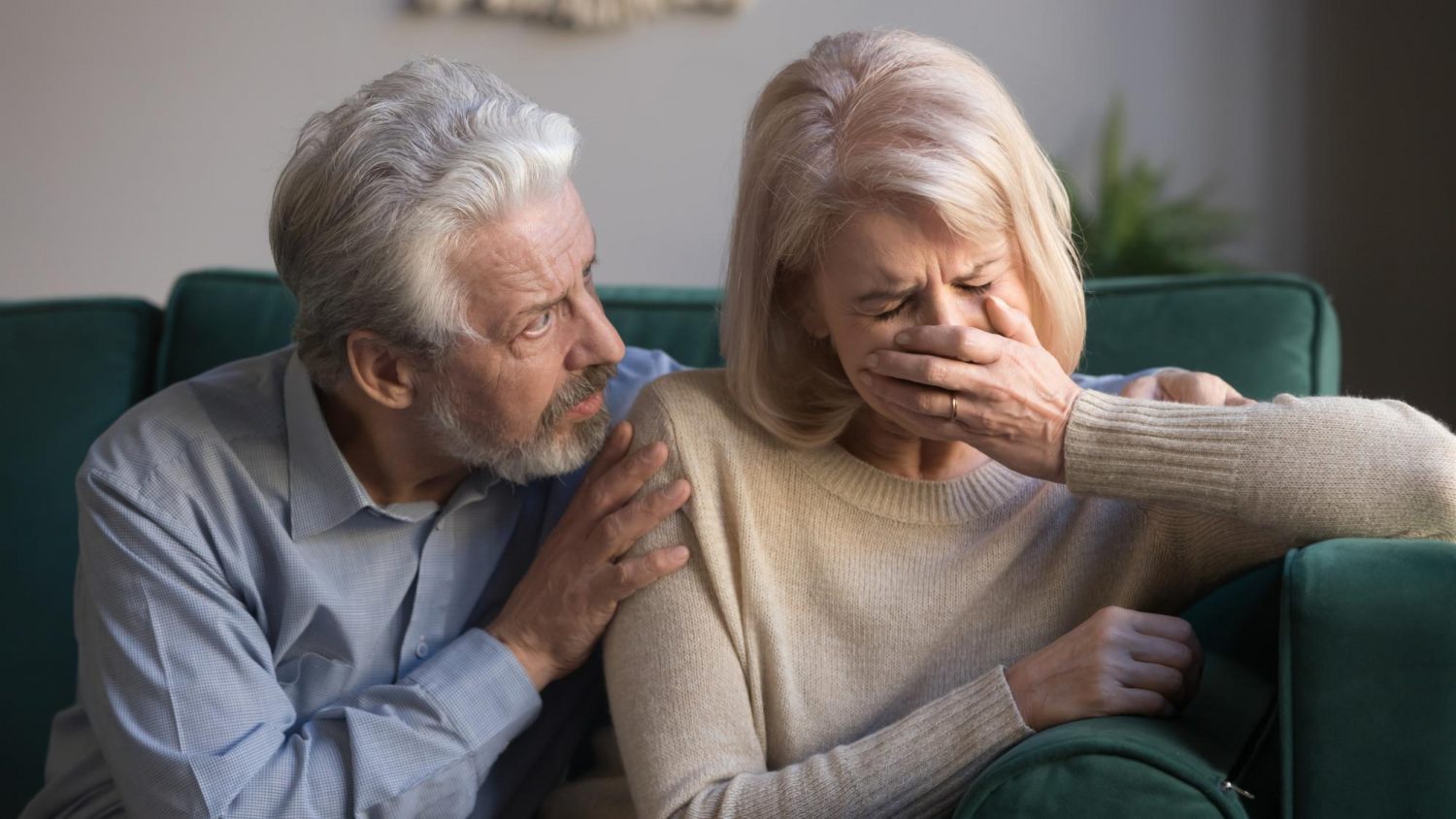 They can empathize with others.

On the contrary, the emotionally immature find it difficult to empathize.

They are out of touch with their own deeper feelings.

So they remain oblivious to how they make others feel. They cannot resonate with other’s emotions.

But, here’s the interesting part…

Guess who else can do the same?

They excel at reading other’s emotions. But they lack the empathy to resonate with them.

So in their hands, that knowledge of emotions becomes a toy to be played with. A tool for manipulation and predation.

If you want an example, look no further than Joseph Stalin.

Robert Greene describes him as a “Complete Control Narcissist”1. See how Greene dissects his nature:

“They have fine antennae attuned to people to probe their feelings and thoughts—to suss out if there is any hint of disrespect. But what they discover at some point is that this sensitivity can be tuned to others to probe their desires and insecurities. Being so sensitive, they can listen to people with deep attention. They can mimic empathy. The difference is that from within, they are impelled not by the need to connect but by the need to control people and manipulate them. They listen and probe you in order to discover weaknesses to play on.”

Emotionally mature people, in contrast, can resonate with others in different situations. They can get along with others, during difficult times, through genuine empathy.

In short, the emotionally mature have flexible and adaptive thought patterns.

Whereas emotionally immature people have stiff and rigid thoughts (much like the stiff mammoth). They help them cope with their feelings of insecurity and inadequacy.

As per clinical psychologist and author Lindsay C. Gibson,  to an emotionally immature person, their sense of self feels too fragile to expose it to failures and mistakes2.

So they hang on to whatever strategies and habits they have learned – unwilling to update them.

They try to cope with reality by narrowing it down to something manageable. Once they form an opinion, their minds are closed.

And that’s not all.

They can’t help but think in binaries. Black or white, true or false – right or wrong.

To them, there’s one right answer. There’s no scope for nuance.

They become annoyed and defensive when their answers don’t match with other’s ideas. They believe everyone should see things their way.

Do you know what else can be a sign of rigid thinking?

According to Nick Wignall, it’s excessive worrying and rumination.

The emotionally immature spend their brain cycles on worrying about the future or ruminating on the past.

To them, both are ways to obtain a semblance or illusion of power and control.

They have given up trying to control the present.

In contrast, the emotionally mature don’t care much about illusions. Their thoughts remain light on feet, and they adapt as per the need.

The Emotionally Mature are not Prone to Fly off a Handle 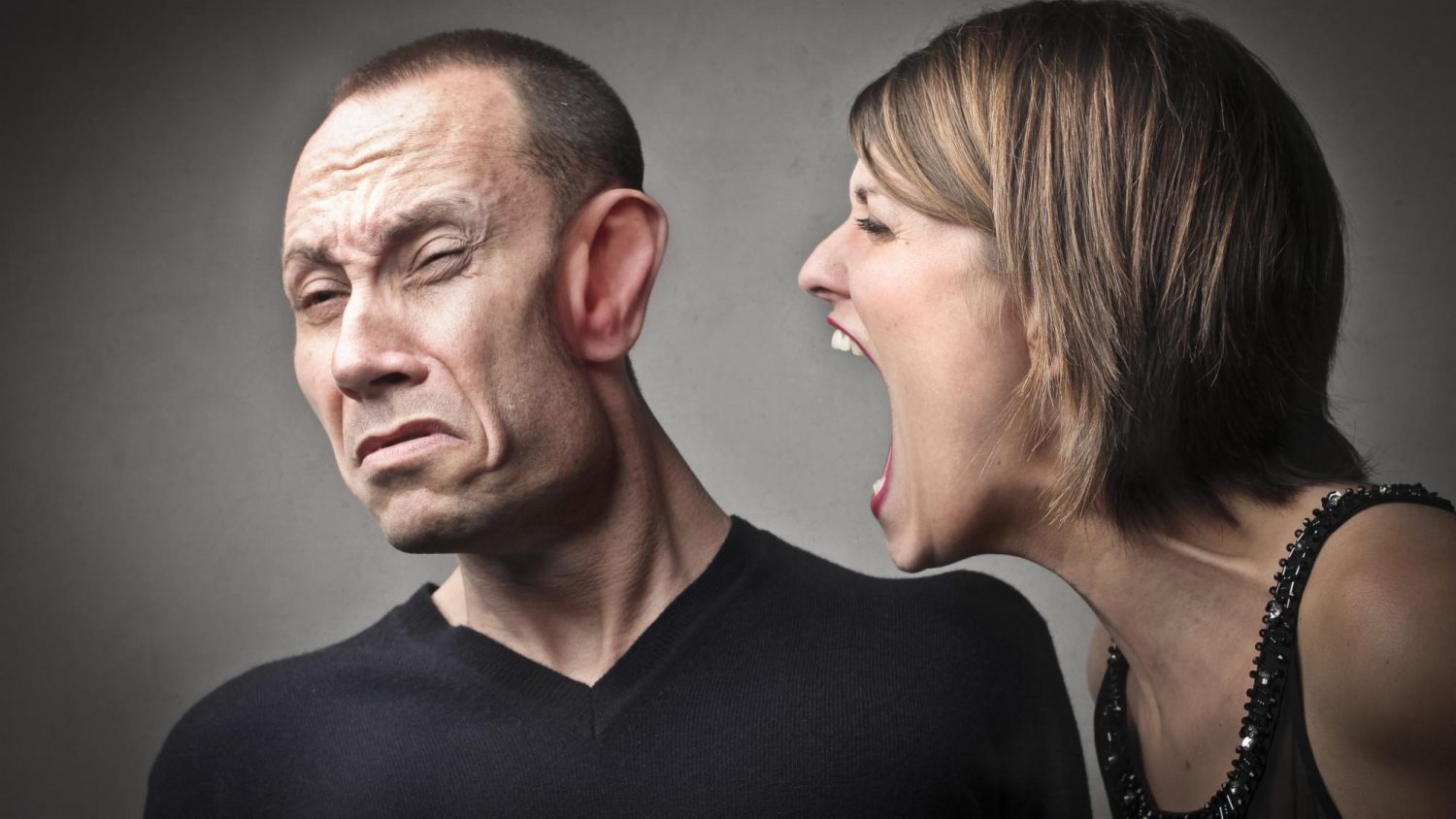 They remain calm and composed. They listen and take in the world before they respond.

I’m sure you’ll agree with me on this one – with them around, you feel like walking on eggshells.

You never know when something will get under their paper-thin epidermis and they will launch themselves upon you like the Tasmanian Devil from The Looney Tunes.

They can’t seem to take a pause. They never chew on questions like:

“Did they really mean that?” “Maybe I’m too quick to assume offense?”

They have to make decisions on the fly.

And once they have made that split-second decision, they are brazenly confident about that.

They will fight tooth-and-nail to defend that decision.

They can’t assess a situation objectively and anticipate the future.

So, as the 2000 whitepaper published by George E. Vaillant explains,  they use coping mechanisms that deny, distort, or replace reality.

They create a mess. One they cannot own up.

Emotionally mature people, on the other hand, have no qualms about taking ownership.

They don’t Resort to Pointing Fingers

The emotionally mature don’t seek to blame someone else for their problems.

However, the emotionally immature find it hard to admit mistakes.

As Susan Heitler also agrees, when things go wrong, they discount the facts and pin the blame on others.

But when anyone else points finger at them, it makes them anxious.

They are scared that the blame would expose their fractured sense of self to the world. So they feel an urgent need to shift the blame to someone else.

Through the skewed lens they view the world, everyone seems to go out of their way to make their life difficult.

So they are fed up with everyone and everything. They remain stuck in rehashing everything that’s gone wrong.

In contrast, emotionally mature people accept accountability for their actions as a means to learn and grow. 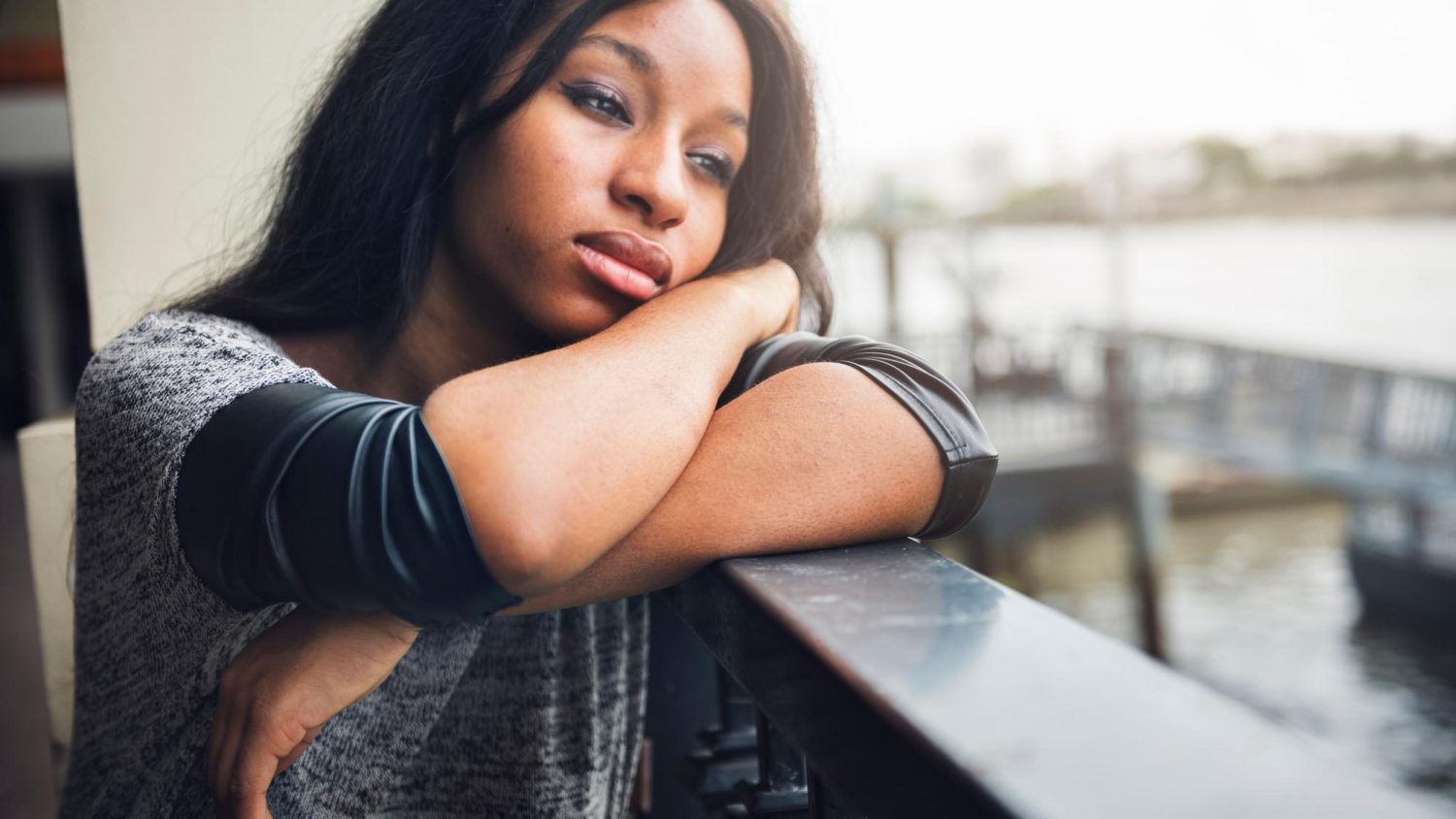 They remain undaunted and convey their disappointment by healthy means.

But, emotionally immature people have no healthy way to convey displeasure or disappointment.

So, as this School of Life video explains, they resort to one of these three methods:

They pull their shutter down when they get upset.

But then they deny anything’s wrong. Instead, they choose passive-aggressive hints.

To them, the insult to their pride and dignity feels too great.

They hope against hope that the other person will magically understand what they have done, and fix it – without them needing to speak.

Do you see how futile that sounds?

Or, they explode at the first person they come into contact with. Acting out, yelling, and creating a scene makes them feel powerful.

But inside, they feel helpless. They are afraid of losing control.

They are unable to express their vulnerability in a healthy way.

So they encode their fear and anxiety in a wrapper of insults and viciousness, and hope that you would be mature enough to decode them and get through to them.

They seem scary, but do you see how impotent they really are?

Or, when upset with someone, the emotionally immature ice them out. They pretend that the relationship never meant anything to them.

They find it hard to admit that the other person has power over them.

To them, it’s easier to put up a strenuous wall of indifference. They cannot find the strength within themselves to be vulnerable.

Instead, they insist that they haven’t noticed a slight and wouldn’t give a damn anyway.

Emotionally mature people, on the other hand, are not afraid to show the world that they are vulnerable.

The emotionally mature welcome feedback and constructive criticism. They treat them as invaluable gifts.

In contrast, the emotionally immature are not good at receiving feedback or criticism.

Other’s impression matters a lot to them. So they try their best to polish their image in everyone else’s eyes.

They assume that anyone who criticizes them is either trying to humiliate them or is making a mistake. They believe they cannot survive the criticism.

And as Cindy Lamothe says, they are quick to don their armor and deny that there was ever a problem.

It all boils down to their lack of self-reflection.

In its absence, emotionally immature people cannot consider their role in a problem, assess their own behavior, or question their motives.

If they cause a problem, they dismiss it by saying they didn’t intend to hurt you.

Their self-esteem rises or falls depending on how others react to them.

So next time when you see them denying and deflecting every ounce of criticism, remember to judge softly.

Because in their mind, they are really trying to salvage their fractured sense of self. 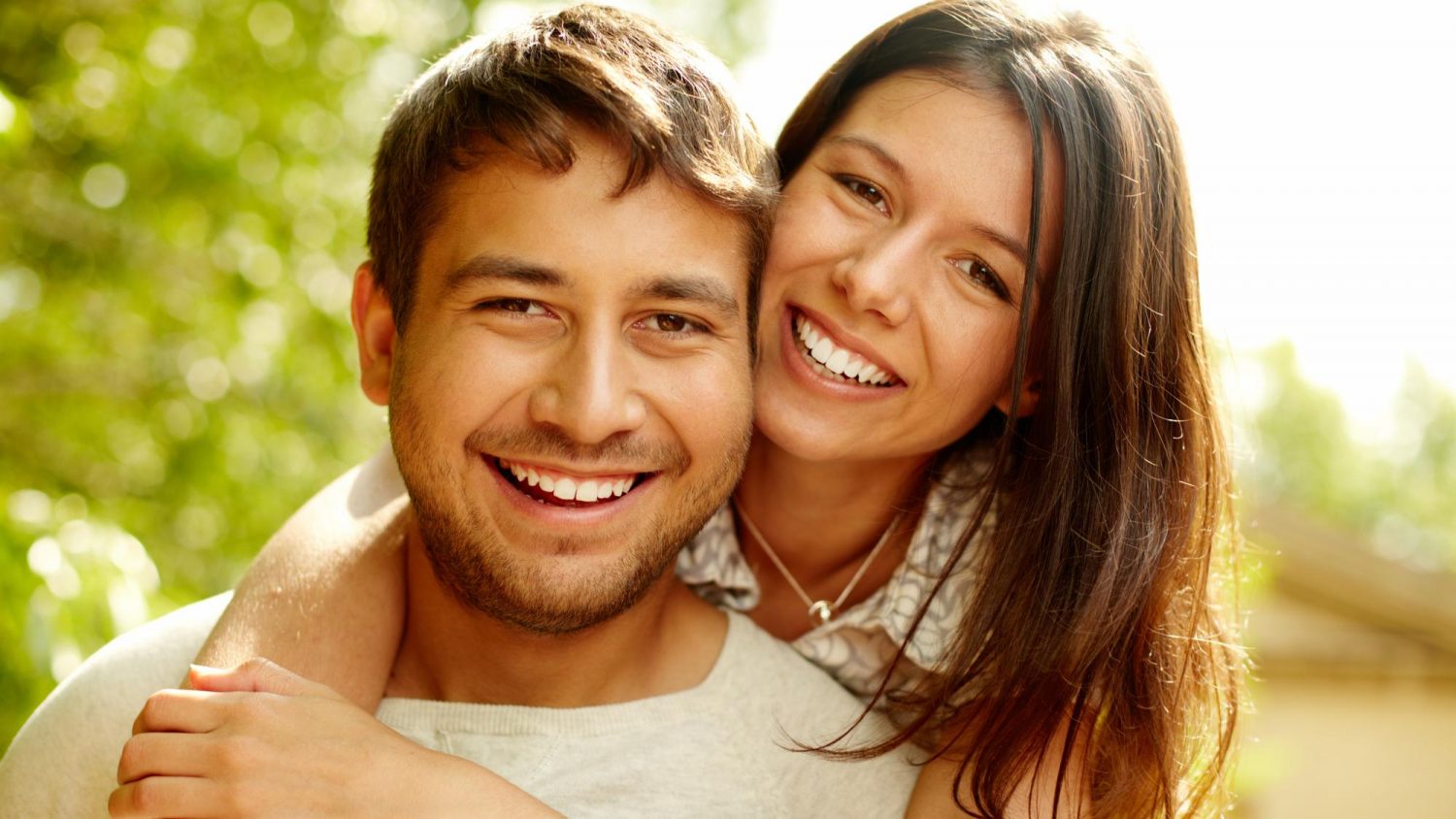 The crystal ball for predicting a successful relationship doesn’t exist. There are simply too many factors that work to make a relationship successful.

But you can still make this list your north star.

Look for these traits in your potential partner, and get a lay of the land ahead before you say “I do”.

That can spell out your future:

What if you see a couple of traits in yourself?

Should you be dejected? Is there no hope? Are you doomed?

Well, my friend, there is no reason to worry.

That only means you are human. You and I and everyone else, we all have room for growth and improvement.

Now you know where you can improve.

So what’s stopping you now?

1/ Want to get a glimpse into your relationship's future? Then know the emotional maturity of your partner.

It spells the difference between a mutually loving and respecting relationship – or one with hard bumps.

A few things an emotionally mature person never does: